To share your memory on the wall of Francis \"Frank\" Lofaro, sign in using one of the following options:

Frank Lofaro Jr of Bennington, Vermont passed away suddenly at the age of 67 two days before his 68th birthday surrounded by his family at Southwestern Vermont Medical Center.

Frank was born in Glens Falls, New York on October 27, 1952 Frank Lofaro the beloved son of the late Grace (Bingham) Lofaro and Francis Lofaro was born. Frank Lofaro was married to Ruth (Weber) Lofaro from Cambridge, New York whom he married on January 1, 1974.

Frank was employed at Southern Vermont College for 26 years in Bennington, Vermont in the Maintenance department. Those at the college who knew him loved him as he was always willing to go above and beyond his work duties.

Frank was a former member of the Eagles Club in Bennington, Vermont. He enjoyed fishing, coaching his kids sports teams, riding his motorcycle, the ocean, watching sports, going through old photo albums, singing, car rides, reminiscing, and listening to classic rock with the people he loved most. He also enjoyed dancing with his wife Ruth Lofaro. He was a selfless person and always put others before himself, making sure that everyone around him was happy.

Frank will live on through his beloved wife Ruth (Weber) Lofaro and his children Jason Lofaro Sr, Shawn and Barbara Lofaro, and Angelena (Angie) and Adam Lozano who all currently reside in Vermont.

To send flowers to the family or plant a tree in memory of Francis "Frank" Craig Lofaro Jr., please visit our Heartfelt Sympathies Store.

Receive notifications about information and event scheduling for Francis "Frank"

We encourage you to share your most beloved memories of Francis "Frank" here, so that the family and other loved ones can always see it. You can upload cherished photographs, or share your favorite stories, and can even comment on those shared by others.

Posted Nov 08, 2020 at 10:56pm
Hey Pa it doesn’t even seem real that you are gone. Time goes by, but it doesn’t get easier. You were an angel here on Earth and I hope the angels in the sky know just how special you are. I hope that you and singing and dancing to satisfaction. I bet that you are tapping your feet and shaking your hands in the air. I miss you Pa. I love you so much❤️ I’ll see you again one day
Comment Share
Share via:
ML

Posted Nov 01, 2020 at 10:50am
RIP Frank, although we met under an unfortunate event with your brother Scott. I will remember our hellos along with Ruth when our paths crossed. Rest easy my friend. Chris Carpenter
Comment Share
Share via:
F

Posted Oct 30, 2020 at 12:52am
My Pa was the most selfless man and he deserved so much more in life. I will always wish for one more hug and one more moment with him because there truly was never enough. He was someone you always wanted to be around. There won’t be a day that goes by that I don’t think about you. You have touched many lives and life won’t be the same without you Pa. I will try and be strong like you were and make you proud. I miss you every single day more and more. I wish you were here with us Pa, but I’m glad that you are no longer in pain. There has to be a heaven for such a beautiful angel. Say hi to Cloe for me! I love you more than anything Pa! I’ll miss you forever and I will always think about you. I love you Pa! ~ Love your sweetheart
Comment Share
Share via: 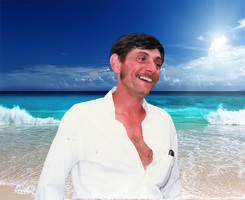 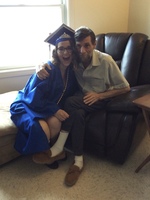 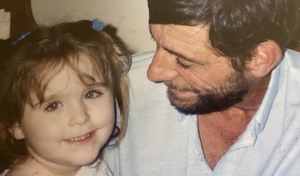 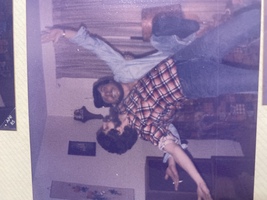