To share your memory on the wall of Edgar Lemieux, sign in using one of the following options:

Print
Edgar E. Lemieux, 96, a longtime resident of Robinson Ave in Bennington died Friday October 23, 2020 at the Vermont Veterans Home in Bennington surrounded by his family.

He was born in Fitchburg, MA August 11, 1924. He was the son of the... Read More
Edgar E. Lemieux, 96, a longtime resident of Robinson Ave in Bennington died Friday October 23, 2020 at the Vermont Veterans Home in Bennington surrounded by his family.

He was born in Fitchburg, MA August 11, 1924. He was the son of the late Peter and Elizabeth (Caissie) Lemieux. Edgar received his education in Bennington.

Mr. Lemieux was a WW II veteran having served in the United States Army. He served with the 88th Blue Devil Division in Italy. In 1950 he was activated into the Korean Conflict. He later served with the Vermont National Guard.

In earlier years Edgar was employed by his father in the brick business. He later was employed as a truck driver at St. Johnsbury Trucking and retired from Holmes Transportation in 1985. For 35 years, Edgar worked with his son Craig in the lawn care business.

He was a member of the American Legion Post 13, the VFW Post 1332 and the Bennington Lodge of Elks # 567. He was also a member of Sacred Heart Saint Francis de Sales Church where he served as an usher. Edgar enjoyed deer hunting, traveling and spending time with his family and grandchildren.

Survivors include two sons, Michael G. Lemieux and Bonnie LaTour of Bennington and Craig A. Lemieux and his wife Kelly of Bennington. Three grandchildren, Carson A Lemieux, Michaela M. Lemieux and Haley E. Lemieux. Along with many nieces, nephews, great nieces, great nephews and cousins. He was pre-deceased by a sister, Pauline Torrey and four brothers, Leon, Albert, Arthur and Aime Lemieux.

The funeral will be held from the Mahar and Son Funeral Home on Wednesday October 28, at 10:30 a.m. with a prayer and then from Sacred Heart Saint Francis de Sales Church at 11:00 a.m. where the Liturgy of Christian Death and Burial will be offered.

The burial with military honors will follow in the family lot at Park Lawn Cemetery.

If friends desire contributions in memory of Edgar E. Lemieux may be made to either the Vermont Chapter of the American Cancer Society or Sacred Heart School through the office of the Mahar and Son Funeral Home 628 Main St. Bennington, VT 05201. Guest book condolences may be made at www.maharandsonfuneralhome.net.
Read Less

To send flowers to the family or plant a tree in memory of Edgar E. Lemieux, please visit our Heartfelt Sympathies Store.

Receive notifications about information and event scheduling for Edgar

We encourage you to share your most beloved memories of Edgar here, so that the family and other loved ones can always see it. You can upload cherished photographs, or share your favorite stories, and can even comment on those shared by others.

Posted Oct 31, 2020 at 10:25am
Mike and Craig and families
So sorry to hear about the loss of your dad. He was a super guy and always there when someone needed his help. One of the best people in the town of Bennington, always willing to lend a hand and help any time someone needed him.
He sure loved his deer and rabbit hunting and spending time with you guys for many years. As you grew up Kathy and I always admired the way your dad taught you both so many wonderful things along the way.
Sorry I am unable to attend the wake and funeral, I have been ducking around the virus thing with everyone else and so I am staying close to home in Florida. You have my deepest sympathy, your dad was one heck of a guy and he will be missed by many. Cousin Ronny 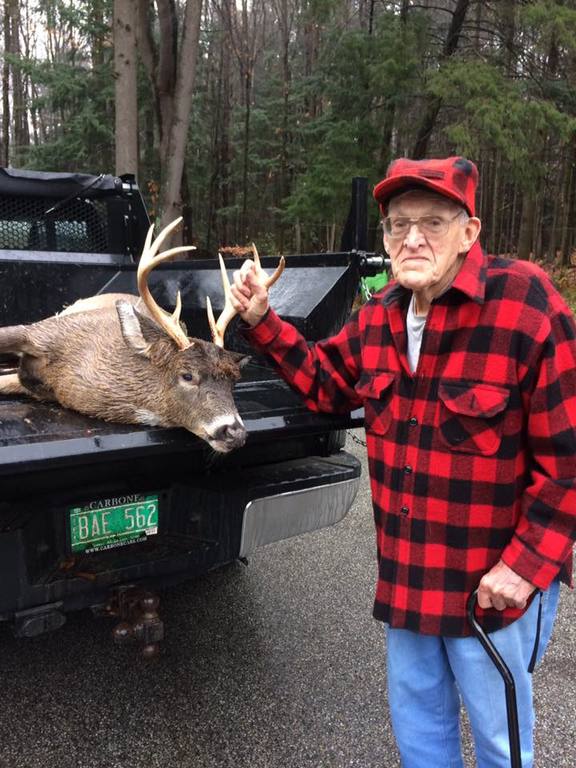 Flowers were purchased and a memorial tree planted for the family of Edgar Lemieux. Send Flowers

Posted Oct 26, 2020 at 05:56pm
Edgar was quite the character and will be missed. I know I will miss hearing him say, “Here’s trouble,” whenever he saw me. My deepest sympathies to all of you. May he Rest In Peace.
Comment Share
Share via: 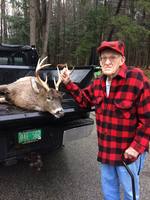