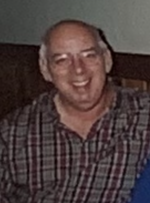 David was born in Waterbury, Vermont on February 7, 1948 and was the son of the late Howard and Jean (Dube) Kenney, He received his education in Waterbury schools and is a graduate of Waterbury High School.
He married the former Caroline Bevis on June 2, 1984 in Shaftsbury, Vermont. Mrs. Kenney predeceased him on May 20, 2019.
David had been employed at the Vermont Veterans Home in the maintenance department for several years and later worked in maintenance at the Bennington Museum.
He enjoyed coin collecting, playing cards, hunting and was a Civil War buff.
David is survived by his step-children: Kelly (Willard, Jr.) Stuart of Bennington, Vermont, and step-son David (Melissa) Cornell of Northport, Florida, and Daniel (Kaitlin) Cornell of North Adams, Massachusetts.
He leaves six step-grandchildren: Jacob, Sarah, Taylor, Jonathan, Reagan and Olivia and one step-great grandson, Timothy, (T.J.)
There are no services scheduled at this time. Burial will take place at the convenience of the family, in the Center Shaftsbury Cemetery. Memorial contributions may be made to the Vermont Veterans Home, through the Mahar and Son Funeral Home, 628 Main ST. Bennington, Vermont 05201.