To share your memory on the wall of Dana DiCola, sign in using one of the following options:


Dana is predeceased by his parents George DiCola and Verna (Boyea) DiCola and his father and mother-in-law Michael J. Carzello and Joanne (Johnson) Carzello. He is survived by his beloved wife of 47 years Debra (Carzello) DiCola of Pownal, Vermont, his son Jason DiCola and his fiance Kim Harrington of East Windsor, Connecticut, daughter Christine (DiCola) Collamore and her husband Ken Collamore of Bennington, Vermont, grandchildren Ava and Cody DiCola, brother Michael DiCola and sister in-law Bonnie DiCola of Hadley, Massachusetts, as well as many siblings including Victoria Reynolds, Todd MacEachern, Mark Rousseau, Kelly Rogers, Candy Rogers Woodward, and Cindy Amenta. His sister in-law Karen Carzello and brother-in-law Louis Grieco, Jr. of Broad Broad, Connecticut, his brother-in-law Michael Carzello, Jr. of Broad Brook and sister-in law Cynthia Tittarelli of Bloomfield, Connecticut. In addition he is survived by numerous nieces and nephews that he adored. He also leaves behind many lifelong friends that he treated as family.

A private service will be held at the family's convenience.
Read Less

To send flowers to the family or plant a tree in memory of Dana A. DiCola, please visit our Heartfelt Sympathies Store.

Receive notifications about information and event scheduling for Dana

There are no events scheduled. You can still show your support by sending flowers directly to the family, or planting a memorial tree in memory of Dana A. DiCola.
Visit the Heartfelt Sympathies Store

We encourage you to share your most beloved memories of Dana here, so that the family and other loved ones can always see it. You can upload cherished photographs, or share your favorite stories, and can even comment on those shared by others.

The Ouellette's, Dave, Diane, Rocky, and Timi sent flowers to the family of Dana A. DiCola.
Show you care by sending flowers

Posted Jan 11, 2020 at 12:09am
My name is Debbie McCabe, maiden name Boyea. Aunt Verna and Uncle George, Mike and Dana used to come to Bangor, NY and visit us when we were young. So many memories of swimming in the brook and having family picnics. Dana and I were the same age, so sorry we lost contact once Aunt Verna and Uncle George passes away. So sorry for your loss. RIP Dana
Comment Share
Share via:
LB

Posted Jan 01, 2020 at 08:07pm
Very sorry about Dana. He had lots of cousins from Malone NY. Had great times when his father and mother and Michael came.😢 My name is Lynda(Boyea)Basiliere.😢
Comment Share
Share via:
K

Posted Jan 01, 2020 at 12:59pm
Thank you, Dana. You filled a void in my heart. It’s remarkable how much I’ve allowed my mind to project my own Dad onto you. I guess maybe that’s why it all worked so well. I admired you more than you could ever imagine. I’m glad I stayed mindful in our moments together... Listening and soaking it in. I am grateful for our time together. So sad your gone. I hope you’re at peace and can finally rest. “Luv u”

It all rolls into one
And nothing comes for free
There's nothing you can hold
For very long
And when you hear that song
Come crying like the wind
It seems like all this life
Was just a dream
Stella Blue
Comment Share
Share via:
CW

Posted Dec 30, 2019 at 11:48am
I'm so sorry to hear of Dana's passing. Although we have never met, you were always in my thoughts and prayers and there you'll remain. To his family, I know there is nothing worse than losing a loved one during a holiday, especially Christmas, so I pray for you for strength, healing and love. Your memories are the greatest gifts he has given you and will help you through this difficult time. God bless him and his family. Blessed are they that mourn for they shall be comforted...Matthew 5:4. Until we meet....your little sister, Candy
Comment Share
Share via:

Posted Dec 30, 2019 at 09:52am
Daddy,
I can’t even express how much I miss you each moment of everyday. How do I even start? You were the smartest guy I know. You taught me so much everyday we were together, which was, ya know, everyday! I don’t know how to get through a day without at least hearing your grumpy voice on the phone letting me know you weren’t feeling up to our lunch date. Somehow, in all that you suffered through, the daily lunches meant as much to you, as they did to me. I will always be able to just shut my eyes and be in any of a thousand, maybe millions of special moments with you. I hope they will keep me strong, and help me to keep mom strong. You absolutely could not have been more loved by anyone than I loved you. I always knew I could count on you, always. I loved making you laughed, even when I had to annoy you to make that happen. I loved sitting in silence in times when you just didn’t want to talk. I loved talking about where you have been and things you still dreamed of doing. You were a caring, nurturing and giving father and husband. I miss you to the very depths of my soul and you are missed by so many near and far. Love you, love me...always and forever close to my heart. 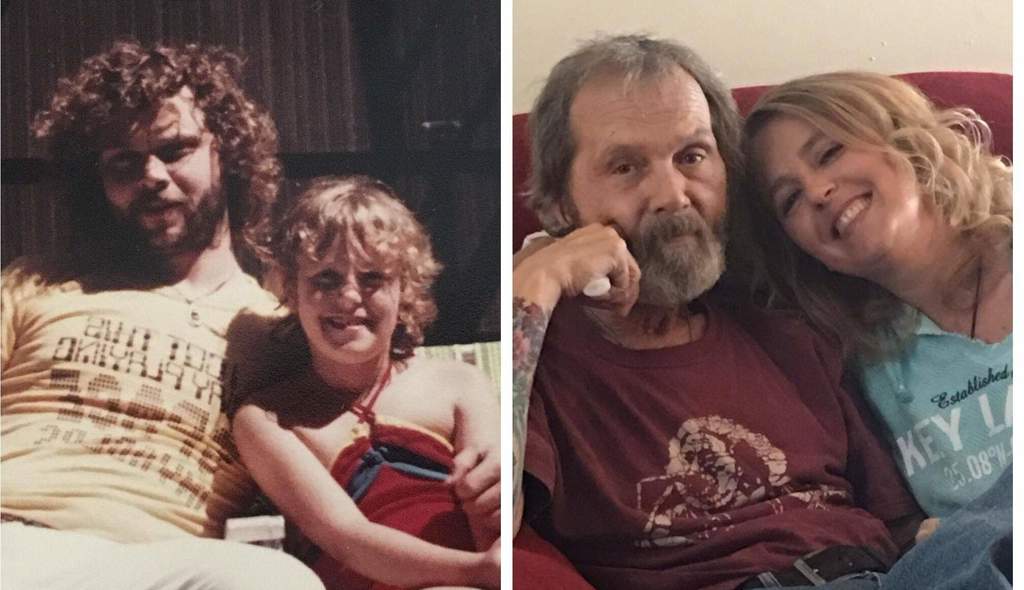 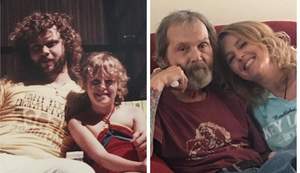