To share your memory on the wall of Christine Mason, sign in using one of the following options:

Print
Christine A. Mason, 68, a resident of Webb St. in Bennington died Thursday January 30, 2020 at the Center for Living and Rehabilitation in Bennington following a very long arduous journey with multiple illnesses.

She was born in Benning... Read More
Christine A. Mason, 68, a resident of Webb St. in Bennington died Thursday January 30, 2020 at the Center for Living and Rehabilitation in Bennington following a very long arduous journey with multiple illnesses.

She was born in Bennington, Vermont March 12, 1951. She was the daughter of the late Clifton Tyrell and Lucene (Shearer) Peirce. Christine received her education in Bennington and was a 1970 graduate of Mount Anthony Union High School. She attended St. Joseph's College and Community College of VT.

Christine had been employed at Cumberland Farms, Dunkin Donuts and had also worked with her brother James Peirce at Gimme Pizza in North Bennington. She also provided Early Care and Education with her sister Cynthia Thomayer in East Arlington. Prior to her retirement, she worked at Price Chopper in Bennington as a Super Sampler for 12 years.

She was a member of Saint Peters Episcopal Church in Bennington. Christine enjoyed dancing, playing computer games, art, reading, going to the ocean and lighthouses. As a child she appeared in the Freddie Friehoffer Show. Her family, grandchildren and friends were her love in life.

Survivors include her children, Amanda Mason, Katie Mason, Dwight Mason Jr. and Joshua Mason all of Bennington. Six grandchildren, Grace, Isabelle, Amelia, Amina, Cora and Emmelynn. A sister Cynthia Thomayer (Henry) along with several nieces, nephews and cousins. She was pre-deceased by a grandson, Dylan and a brother James Peirce.

Her big brown eyes, contagious smile, and big heart will be missed.

A memorial service will be held on Monday at 7:00 p.m.

The graveside service will be held at the family lot at Park Lawn Cemetery on Tuesday February 4, at 2:00 p.m.

If friends desire contributions in memory of Christine A. Mason may be made to either the Lupus Foundation or Saint Peters Episcopal Church in Bennington through the office of the Mahar and Son Funeral Home 628 Main St. Bennington, VT 05201. Guestbook condolences may be made at www.maharandsonfuneralhome.net
Read Less

To send flowers to the family or plant a tree in memory of Christine A. Mason, please visit our Heartfelt Sympathies Store.

Receive notifications about information and event scheduling for Christine

We encourage you to share your most beloved memories of Christine here, so that the family and other loved ones can always see it. You can upload cherished photographs, or share your favorite stories, and can even comment on those shared by others.

Posted Feb 03, 2020 at 10:05pm
To the family of Chris I Just wanted to say that Chris woill be missed. I have known her for a very long time. She was a good woman. Again She will be missed.
Comment Share
Share via:
MJ

Posted Feb 01, 2020 at 12:51pm
I’m so sorry to hear about Christine’s passing. She was a wonderful woman and I enjoyed my visits with her. My deepest condolences to her children and grandchildren whom she loved so much, and to the rest of her family.
Comment Share
Share via: 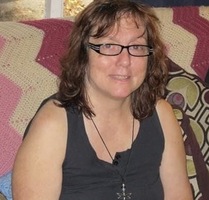