To share your memory on the wall of Charles Ulrich, sign in using one of the following options:

Print
Charles Ulrich peacefully fulfilled his life as the sun set behind Mount Anthony on February 20. Charlie, a resident of the Vermont Veterans Home since June, 2018, was surrounded by his family at his passing at the Veterans Home.

He was... Read More
Charles Ulrich peacefully fulfilled his life as the sun set behind Mount Anthony on February 20. Charlie, a resident of the Vermont Veterans Home since June, 2018, was surrounded by his family at his passing at the Veterans Home.

He was born in Brooklyn, NY, on June 1, 1929. His parents, Albert and Anne (Janulewit) Ulrich, were German immigrants. Charlie served in the US Navy after high school. In 1953 he graduated from Clarkson University in Potsdam, NY, with a degree in electrical engineering. Charlie met Loretta Tracy while in college and they were married in Potsdam, NY.

Charlie and Loretta moved to Bennington in 1953. The family grew to six children as Charlie first worked at Union Carbide then commuted to Sprague Electric in North Adams. Charlie loved to share the outdoors with his family. Sledding by their home on Morgan Street, skiing at Prospect Mountain, golfing at the Mount Anthony Country Club, and fishing in the local streams are just a few of the adventures everyone enjoyed. The family moved to California in the late 60’s.

He loved his family that expanded and shifted as the years passed. He was a Boy Scout leader, a ski instructor, a zoning board member, and a Hospice volunteer. He based a foundation of faith in the practice of AA, the Self-realization program, and being a Quaker.

Surviving daughters are Joan and Tracey, and surviving sons are Paul, David, and John. Charlie’s oldest son Brian passed in 1993 and his first wife Loretta passed in 1996. His partner, Deb Dickinson of Fly Creek, NY, along with ten grandchildren and two great-grandchildren also survive.

The family thanks the staff of the Vermont Veterans Home for welcoming Charlie into their community in June of 2018, and for their quality care and compassion during the final days of his journey. Staff from Bayada Hospice also provided heartfelt support during Charlie’s final week at the Veterans Home. A celebration of Charlie’s life will be held on Sunday, April 5, from 12:30 pm until 3:00 pm at The Publyk House, Harwood Hill, Bennington, VT.
Read Less

To send flowers to the family or plant a tree in memory of Charles E. Ulrich, please visit our Heartfelt Sympathies Store.

Receive notifications about information and event scheduling for Charles

There are no events scheduled. You can still show your support by sending flowers directly to the family, or planting a memorial tree in memory of Charles E. Ulrich.
Visit the Heartfelt Sympathies Store

We encourage you to share your most beloved memories of Charles here, so that the family and other loved ones can always see it. You can upload cherished photographs, or share your favorite stories, and can even comment on those shared by others.

Posted Feb 28, 2020 at 02:57pm
John,
I just learned of your father's passing. I'm so sorry for your loss. I'd like to think that both of our "dearly departed" loved ones are talking, sharing their thoughts of us, laughing, and having coffee together. I find it quite comforting and I hope it brings you some peace too. You're in my heart and in my prayers.
Sincerely,
Michelle
Comment Share
Share via: 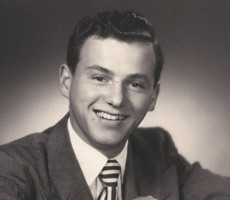