To share your memory on the wall of Charles Palmer, sign in using one of the following options:

Born in North Adams, MA on August 27, 1935 he was the son of the late Parley A. and Selma Ford (Mason) Palmer. Charlie received his early education at Oak Hill School in Pownal where he graduated in 1949. He then attended Williamstown High School where he was a member of the Class of 1953. In high school Charlie was a member of the Future Farmers of America and in 1952 was named the Young Farmer of the Year in the state of Massachusetts.

Charlie married the former Priscilla T. Boyer on November 26, 1953 at St. Raphael’s Church in Williamstown. Charlie and Priscilla took over the family truck farm operation in 1977 wholesaling sweet corn, tomatoes, pumpkins and a variety of small vegetables. Together with his son Allen, they milked Holsteins on the farm until 1986. They also operated a vegetable stand on the farm until the late 1990’s when they started a pick-your own strawberry farm.

Very active in the community for many years, Charlie was a former Pownal selectman, lister, town agent, justice of the peace and town moderator. He represented Pownal in the state legislature for six terms from 1987 -1998. During this period, he served as Vice-Chair of Appropriations in the House. He also began bringing the Pownal 6th Grade classes to an overnight trip to Montpelier. This was one of the great joys of his life. During his time in Montpelier he was joined by his wife Priscilla every day the legislature was in session.

He was a founding member and past president of the Southwestern Vermont Holstein Club and was also past president of the Vermont Holstein Association. Charlie was a member of the Bennington County Agriculture Conservation Service and was named Man of the Year in 1972. He was a member of the Mt. Anthony Masonic Lodge # 13, F&AM for 35 years and also was a former director of the Bank of Bennington and the Co-Operative Fire Insurance Board for many years.

Throughout his life Charlie loved to hunt, fish, trap and take the family camper to South Texas for the winter months. He enjoyed spending time in his garden, his grand-children and great-grandchildren, spending time with his friends and family and especially the love of his life and his high school sweetheart to whom he was married for 66 years, Priscilla Boyer Palmer.

Friends may call at the funeral home Tuesday from 11:00 a.m. until the time of the service. Burial will take place at the family lot in Oak Hill Cemetery, Pownal in the Spring.

Should friends desire memorial contributions in Charles Palmer’s memory may be made to the Pownal Rescue Squad through the office of the Mahar & Son Funeral Home, 628 Main Street, Bennington, VT 05201. Guestbook condolences may be made at www.maharandsonfuneralhome.net.
Read Less

To send flowers to the family or plant a tree in memory of Charles B. Palmer, please visit our Heartfelt Sympathies Store.

We encourage you to share your most beloved memories of Charles here, so that the family and other loved ones can always see it. You can upload cherished photographs, or share your favorite stories, and can even comment on those shared by others.

With Love, Sherry and Lizzy Adams and Noel Casey have sent flowers to the family of Charles B. Palmer.
Show you care by sending flowers

Posted Mar 03, 2020 at 08:14am
We are so sorry to hear of Charles passing. Please accept our sincere condolences, May Charlie REST IN PEACE-Ken, Kenny, Charlie and Steve Leach
Comment Share
Share via:
WA

With Love, Sherry and Lizzy Adams

With Love, Sherry and Lizzy Adams purchased flowers for the family of Charles Palmer. Send Flowers

Posted Mar 02, 2020 at 06:28am
Charlie was a wonderful man. I was so sorry to hear of his passing. My thoughts and prayers are with you all. Penny O'Dell
Comment Share
Share via:
NC 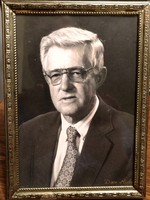