To share your memory on the wall of Carrie Shultz, sign in using one of the following options:

Print
Carrie C. Shultz, 93, widow of Elmer Shultz, a longtime resident of Bennington, VT died Sunday June 21, 2020 at the Center for Living and Rehabilitation in Bennington following a long illness.

She was born in Hartford, CT January 6, 192... Read More
Carrie C. Shultz, 93, widow of Elmer Shultz, a longtime resident of Bennington, VT died Sunday June 21, 2020 at the Center for Living and Rehabilitation in Bennington following a long illness.

She was born in Hartford, CT January 6, 1927. She was the daughter of the late William and Lillian (Lambert) Williams.

Carrie along with her husband was very active in the real estate business, where they bought, built and sold homes. She had also been employed at the Harte Theatre in Bennington for many years. She was an advocate for veterans in Vermont and was instrumental in helping pass a law to provide busing for the Disabled American Veterans of Vermont

Survivors include a son, Douglas Shultz and his wife Sarah of Altamont, New York. Four grandchildren, John and Michael Shultz, Joseph Pezzolla and Dr. Jennifer Shultz Anderson. She is also survived by a sister Margaret Stanley and several nieces, nephews and cousins. She was pre-deceased by a son Regan Shultz.

Due to the Covid 19 Pandemic there will be no calling hours or funeral services.

If friends desire contributions in memory of Carrie C. Shultz may be made to the Activities Fund at the Vermont Veterans Home through the office of the Mahar and Son Funeral Home 628 Main St. Bennington, VT 05201. Guest book condolences may be made at www.maharandsonfuneralhome.net.
Read Less

To send flowers to the family or plant a tree in memory of Carrie C. Shultz (Williams), please visit our Heartfelt Sympathies Store.

Receive notifications about information and event scheduling for Carrie

We encourage you to share your most beloved memories of Carrie here, so that the family and other loved ones can always see it. You can upload cherished photographs, or share your favorite stories, and can even comment on those shared by others.

Posted Jun 24, 2020 at 08:05pm
I loved Carrie Schultz..She was kind to everyone she knew and so very fun to chat with on a summer afternoon at her kitchen table.......She loved her sons and grandchildren dearly ...

My deepest condolences to the family. Our family loved Carrie. She was a beautiful lady. She is sincerely missed.💔 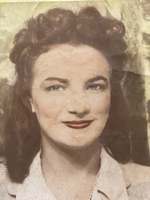