To share your memory on the wall of Butch Jelley, sign in using one of the following options:

Provide comfort for the family of Butch Jelley with a meaningful gesture of sympathy.

Clarence “Butch” Jelley, 79, a resident of Simonsville Road, Andover, VT died peacefully at home surrounded by his family on Friday, May 1, 2020 following a long illness.

Clarence “Butch” Jelley, 79, a resident of Simonsville Road, Andover, VT died peacefully at home surrounded by his family on Friday, May 1, 2020 following a long illness.

Born in Rockville, CT on July 2, 1940, Butch grew up in Weston and Pownal and was a member of the Class of 1958 of Chester High School.

Butch was married to Beverly (Stevens) Jelley and they would have celebrated their 40th wedding anniversary this coming October.

Most of Butch’s lifetime was spent as a business owner and automobile mechanic. In early years he owned and operated garages in Pownal and North Adams, MA and for many years has owned Jelley Enterprises in Londonderry.

Butch had a love for stock car racing. Since he began racing in 1957 he competed in his home state of Vermont and at speedways in New York, New Hampshire and southern Canada. Most of Butch’s success and popularity came at Lebanon Valley Speedway. In 1960 he received the “Rookie Award”. His first win was in 1965 and his last win at Lebanon Valley was in 1989. He had a ten-year stretch where he finished in the top 10 in points from 1965 – 1974.

Butch was inducted into the Lebanon Valley Hall of Fame in 1978 where he sits nineth with an all-time win list of 31 wins at Lebanon Valley.

He also won trophies for his snowmobiling racing during the 1970’s.

Butch was a member of both Chester American Legion SAL Post 67 and VFW Post 1332 in Bennington, the NYSSCA and their “Old Timers Club” and for several years served on the Vermont State Racing Commission.

Due to issues surrounding the COVID-19 situation services will be postponed until a time to be announced.

Memorial contributions in Butch Jelley’s memory may be made to either VNA Of Vermont and New Hampshire, the Londonderry Volunteer Rescue Squad or the New England Stock Car Old Timers (NESCOT) through the office of the Mahar & Son Funeral Home, 628 Main Street, Bennington, VT 05201.
Read Less

To send flowers to the family or plant a tree in memory of Butch Jelley, please visit our Heartfelt Sympathies Store.

Receive notifications about information and event scheduling for Butch

There are no events scheduled. You can still show your support by sending flowers directly to the family, or planting a memorial tree in memory of Butch Jelley.
Visit the Heartfelt Sympathies Store

We encourage you to share your most beloved memories of Butch here, so that the family and other loved ones can always see it. You can upload cherished photographs, or share your favorite stories, and can even comment on those shared by others.

Posted May 16, 2020 at 12:15pm
Jelly Family,
Sorry for your loss. May God surround you with his peace, comfort and strength today and in the days to come.
Prayers,
Rich and Laura Muir
Comment Share
Share via:
TM

Posted May 13, 2020 at 06:20pm
Wayne, lisa I'm sorry to hear about Butch, I remember him so well. I'm so grateful to have had the chance to talk to him at one of the old timers get togethers at Lebanon valley, lisa that's the last time I saw you. They were defintley the good ole days. Dad (Joe) also says he's sorry to hear about Butch. If you would like to get in touch here's my email ( forgie90@hotmail.com)

Just remember all the good memories and theirs lots of them!

Posted May 09, 2020 at 12:40pm
Sorry for Your loss Bev,
Paul and Butch go back a long ways.. Paul started to work on the Race Car in the early 70's .
We Have a lot of fond Memories racing with Butch.
Paul saw Butch at the Valley I think it was sometime in 2019.
They pick-up right where they left off.
Please stay in touch.
Paul and Jennifer Svensson

Posted May 07, 2020 at 06:53pm
Jelley family, So very sorry to hear about Butch. He was always the fun guy andalways friendly when I worked for Gladys and Joann and Chuck. My sympathies to all. Jane. Young Persons
Comment Share
Share via: 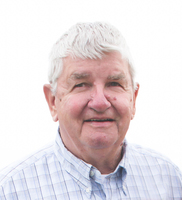 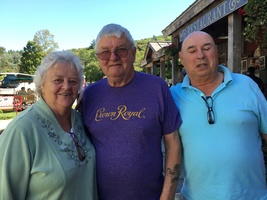