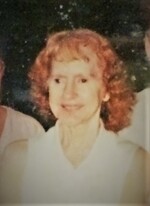 Barbara R. Oakes, 92, a resident of Bennington Vermont, died peacefully after a brief illness at The Vermont Veterans home on Thursday February 11, 2021.

Born in New York on October 12, 1928, the daughter of Douglas and Alice Laker. She had one sister, June Laker Harvey, pre-deceased 2009.

She married the love of her life on December 31st, 1981, Roderick O. Oakes, pre-deceased 1992.
During Barbara and Rodney’s married years they spent time in Orwell, Vermont on Lake Champlain. Barbara spent most of her time with her sister June, who was later diagnosed with Alzheimer’s and dedicated many years of caring for her. Barbara also spent many weekends with her grandchildren, visiting her sister June at The Vermont Veterans Home. She enjoyed walks, bingo, soap operas, Publishers Clearing House, classic sitcoms, and a small group of close friends.

Also pre-deceased by her stepson Richard Oakes, her grandson Dustin Richards, and her daughter Cheryl Brangenberg survived by her husband Albert Brangenberg.

Committal services will be held later this spring at White Chapel Cemetery.

Should friends and family desire, contributions in Mrs. Barbara Oakes memory may be made to the Activities Fund at Vermont Veterans Home through the office of Mahar and Son Funeral Home, 628 Main Street, Bennington, VT 05201.