To share your memory on the wall of Arthur Senecal, sign in using one of the following options:

Art was born in Bennington on November 22, 1945 and was the son of the late Charles and Pauline (Hall) Senecal. He received his education in Chicopee, Massachusetts and graduated from Chicopee High School. Art married the former Sandra Jordan on October 26, 1963. She predeceased him in 2011. Besides his wife and parents, Art is predeceased by two sons; Arthur, Jr. and Chuck Senecal, his brother Terry Senecal, his nephew David and his niece, Kathy.

For many years, Art ran Art's Body Shop in North Bennington and was highly respected for the quality of his work. In earlier years, he was an avid and talented motorcyclist; traveling, competing and winning all over the US and in later years was a fan of street rod and car shows, which also gave him the opportunity to travel to many parts of the US. He enjoyed collecting diecast cars, watching and betting on NASCAR and playing Mahjong on his computer.

Art was a lifelong music lover. It was commonplace to hear music blasting from his trophy room when arriving at the house. He was an incredible artist, as seen in his drawings, the work he did at the body shop as well as the beautiful street rod he restored and designed himself and won many trophies and awards for. He lived life, unapologetically, on his own terms and had a ton of fun in the process.

His survivors include his children; Tammy Senecal Briggs of Essex Junction, VT, Josh (Amy) Senecal of Bennington, Eric (Stephanie) Senecal of Bennington, Rebecca (David) Senecal of Savannah, GA, and Sara Senecal of Hoosick Falls, NY. He leaves his brother Scott (Jeannie) Senecal of Baldwinsville, NY and his "brother" John Sherman of White Creek, NY. Art leaves his grandchildren: Paul, Ayla, Zachary, Aidan, Jada, Trinity, Coragan, Carolyn, Landon, Colton, Willow, Dante, Blake and Mavis as well as several nieces and nephews. Art also leaves his friend and companion Gail Wisher. There are countless people who loved him and saw him as a father and/or friend. He will be missed dearly.

Graveside committal services will be held on Thursday, July 23, 2020 at White Chapel Cemetery at 1:00 PM. There are no calling hours scheduled.
Read Less

To send flowers to the family or plant a tree in memory of Arthur J. Senecal (Senecal) Sr., please visit our Heartfelt Sympathies Store.

Receive notifications about information and event scheduling for Arthur

There are no events scheduled. You can still show your support by sending flowers directly to the family, or planting a memorial tree in memory of Arthur J. Senecal (Senecal) Sr..
Visit the Heartfelt Sympathies Store

We encourage you to share your most beloved memories of Arthur here, so that the family and other loved ones can always see it. You can upload cherished photographs, or share your favorite stories, and can even comment on those shared by others.

Posted Jul 26, 2020 at 12:38pm
Remember him as Arty...A sweet handsome man. Who had a smile and friendly greeting for everyone. I was born/raised in Bennington Vt, lived in Florida 45+ years. No idea Charlie and Pauline passed. Terry's loss was extremely sad. Fond of them all. Deepest condolences to his family.
Comment Share
Share via:
RL

Posted Jul 22, 2020 at 02:09pm
R.I.P. ARTIE, GERRY AND I ARE GOING TO MISS YOU SO MUCH. IM SO GLAD WE WERE GOOD FRIENDS AND ALSO WITH SANDY. I WILL CONTINUE TO HELP REBECCA OUT AS MUCH AS I CAN. LOVE AND PRAYERS TO THE ENTIRE SENECAL FAMILY. XXOO
Comment Share
Share via:
P

Posted Jul 22, 2020 at 01:16pm
Our deepest condolences to to the family, may fond memories of art
Help you these sad Times
PHYLLIS AND PETE CORNELL
Comment Share
Share via: 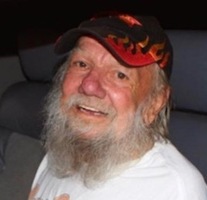