To share your memory on the wall of Arthur Miller, sign in using one of the following options:

Arthur Edward, “Artie” Miller, age 55, a resident of Bennington for over twenty years, died on Sunday, November 17, 2019 following a brief illness. He was born in Paterson, New Jersey, on March 4, 1964, and was the son of the late Arthur Miller, and Marge Gableman Miller who survives. He received his education in New Jersey. Artie moved to Vermont several years ago, and had worked at the Bennington School as a Night Awake in the Girls’ Program. He was an avid New York Giants fan. He enjoyed collecting dragons, and shooting pool.
Besides his mother of Texas, he is survived by his former wife, Diane Miller of Shaftsbury, Vermont. His step-sons: Gregory Stoessel and Tyler Stoessel, both of Shaftsbury. He leaves two brothers; John Miller of New Jersey and James Miller of Florida. He also leaves his former mother-in-law; Donna Scott of Bennington, and former sister-in-law; Donna Dunican of Hoosick Falls, New York. His former brothers-in-law: Al Stoessel of Bennington and Steven Sherman of Bennington. Artie is also survived by his special uncle, Kenneth Scott of Pownal, Vermont, as well as several nieces and nephews.
In addition to his father, he is predeceased by one brother, Keith Miller.
At Artie’s request there will not be any services. The family has started a GoFundMe account to assist them during this time. Contributions may be forwarded to the Mahar and Son Funeral Home, 628 Main St. Bennington, Vermont, 05201.
Read Less

To send flowers to the family or plant a tree in memory of Arthur Edward Miller, please visit our Heartfelt Sympathies Store.

There are no events scheduled. You can still show your support by sending flowers directly to the family, or planting a memorial tree in memory of Arthur Edward Miller.
Visit the Heartfelt Sympathies Store

We encourage you to share your most beloved memories of Arthur here, so that the family and other loved ones can always see it. You can upload cherished photographs, or share your favorite stories, and can even comment on those shared by others.

Posted Nov 21, 2019 at 04:58pm
At this sorrowful period in your life, please accept my sincerest condolences for the death of your loved one.  Reflecting on the divine promises found in the Bible will give you hope and strength to keep going until all of God's promises are fulfilled. (Romans 15:13; John 5:28, 29).
Comment Share
Share via:
DD

Still has not sunk in that your gone You have been a part of our family in so many ways for 44 yrs now, we had alot of good times growing up & many good times with friends in N.J. as well as in Bennington... I've been doing alot of reminiscing mostly good & your laugh sticks strong, lol... You will be missed by many especially Uncle Kenny that thought of you as his son & will miss your daily conversations & saturday get togethers and your boy's that you raised with my sister❤ they will always hold you in their hearts & memories... R.I.P Artie & know that we are all saddened with your loss.... until we meet again fly high my friend ..... my condolences to all.. Donna Dunican 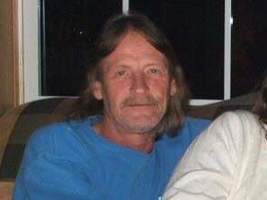