To share your memory on the wall of Antonio Napolitano, sign in using one of the following options:

Born in Moiano, Benevento, Italy on August 8, 1927, Tony was the youngest child of Carmine and Maria Libera Napolitano. He was educated in Italy and later enrolled in the national military police academy – “The Carabinieri” – where he served for six years.

In 1954 he married Rosa Tirino, the love of his life for 66 years. Soon after, Tony had the opportunity to come to the United States to meet and work with his brother, Dominick, who owned King’s Shoe Service. Tony and Rosa then made the decision to leave their homeland to start a new life in the United States. The two brothers worked together until Tony purchased the business in 1967. He operated the popular downtown shop with the help of his wife for the next 52 years, until becoming ill.

Over the years Tony truly enjoyed serving his loyal customers, many of whom became dear friends. As the sign in his shop’s front window advertised, he welcomed the challenge to repair “everything but broken hearts.”

Tony loved visiting his native Italy and made several trips back to see extended family. He spent his spare time working on home projects, gardening, and tending to his concord grape vines. His greatest passion, though, was being with his family, especially his children and grandchildren, of whom he was so proud.

Survivors include his spouse, Rosa, and his three children, Maria Caswell (Richard), Carmela Kovage (Michael), and Anthony Napolitano, Jr. (Georgia); four grandchildren, Ricky, Mark, John and James Caswell; and several nieces and nephews, both in the United States and abroad. Tony was predeceased by his brother, Dominick, and his sisters, Tomasina and Giuseppina.

Calling hours will be held from 5-8 p.m. on Thursday, November 21 at the Mahar and Son Funeral Home. A prayer service will be offered at the funeral home at 10:30 a.m. on Friday, followed by the funeral mass at 11:00 at Sacred Heart Saint Francis de Sales Parish.

Should friends desire, memorial contributions may be made to Sacred Heart Saint Francis de Sales Parish, through the office of Mahar and Son Funeral Home.

To send flowers to the family or plant a tree in memory of Antonio Napolitano, please visit our Heartfelt Sympathies Store.

We encourage you to share your most beloved memories of Antonio here, so that the family and other loved ones can always see it. You can upload cherished photographs, or share your favorite stories, and can even comment on those shared by others.

Daniella and Craig Napolitano sent flowers to the family of Antonio Napolitano.
Show you care by sending flowers

Posted Dec 11, 2019 at 09:33am
Dear Napolitano Family,
I'm so sorry to learn of your great loss. I was a customer for many years and always looked forward to visiting the shop and chatting with Mr. Napolitano. I hope the memories of his long and happy life will comfort you - know that many people will miss him, even those who didn't know him well.
Sincerely, Lisa Hiley
Comment Share
Share via:
DP

Posted Nov 24, 2019 at 12:37pm
Dear Rosa, Maria, Carmella , Tony and family, Our heartfelt condolences to you and your families. Tony was a special person and a great man. Love, Deborah (McKeon) & Jon Pappas
Comment Share
Share via:
RL

Posted Nov 24, 2019 at 06:32am
Dear Rosa and Family: I extend to each of you my deepest sympathy. Tony was a very special man who loved his family and who exuded warmth and kindness to all. With so many others, I also join in extolling the fine work he did and the way he connected so kindly with all who sought his expertise. It went beyond shoe repair to touching hearts.
Comment Share
Share via:
AB

Posted Nov 23, 2019 at 02:00pm
He was an amazing person to know, always a huge smile and greeted you like he had known you forever and you were his friend. You will be truly missed Mr Napolitano.
Comment Share
Share via:
PD

Posted Nov 23, 2019 at 08:16am
I went to work with my father at Wills Insurance in the mid-60's. Business attire was more formal back then including wearing leather dress shoes. Dad and I didn't take coffee breaks but we would often walk together from our office over to Tony's shoe store to get our identical leather shoes shined by Tony... including having the laces, heels, and soles replaced as needed. My father was one of Tony's many fans as was I. Often Mrs. Napolitano would also be working in their store. We'd catch up on all the news and head back to work with our shoes looking like new! Tony was a most kind and gentle man. Peter Donavan
Comment Share
Share via: 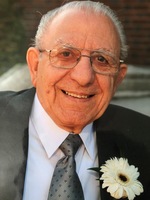 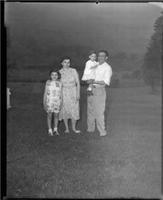 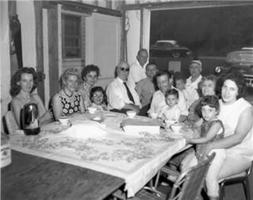