To share your memory on the wall of Anthony Bertone, sign in using one of the following options:

Born in Hoboken, NJ on July 30, 1921, he was the son of the late Patrick Bertone and the former Anna (Spina) Bertone. He received his education in the Hoboken schools.

Prior to WW II Sonny worked as a cutting machine operator for the Civilian Conservation Corps (CCC) which was a part of President Franklin Roosevelt’s New Deal program to develop natural resources in rural areas throughout the nation.

At the start of the war he enlisted in the U. S. Army and was assigned to Company C of the 634th Tank Destroyer Battalion, a company that was assigned to several campaigns under General George S. Patton. Sonny fought in some of the most important campaigns throughout the war including the Normandy Invasion, the Battle of the Bulge and the securing of the Ludendorff Bridge at Remagen, Germany. At the time of his discharge in 1945 he was awarded the Croix De Guerre by the French government. For the rest of his life he always remained proud of having had to opportunity to serve his country during the war and be a member of the “The Greatest Generation”.

In earlier years Sonny was a cross-country truck driver and then worked for 20 years as a coffee roaster at the Nestle factory in New Jersey until the time of his retirement. He was a history buff who enjoyed reading.

The funeral will be held from Sacred Heart St. Francis de Sales Church on Saturday, December 28, 2019 at 11:00 a.m. where the Liturgy of Christian Burial will be offered.

Guest book condolences may be made at www.maharandsonfuneralhome.net.
Read Less

To send flowers to the family or plant a tree in memory of Anthony "Sonny" Bertone, please visit our Heartfelt Sympathies Store.

We encourage you to share your most beloved memories of Anthony here, so that the family and other loved ones can always see it. You can upload cherished photographs, or share your favorite stories, and can even comment on those shared by others.

Catherine and Jennifer , Dan, Samantha and Jackson have sent flowers to the family of Anthony "Sonny" Bertone.
Show you care by sending flowers

Posted Dec 30, 2019 at 05:55am
Arlene, I am so very sorry for your loss; may you find love and peace in the New Year knowing your Dad is with our LORD.
Sincerely, Linda Lewis
Northside Salon
Comment Share
Share via:
C

Catherine purchased flowers and planted a memorial tree for the family of Anthony Bertone. Send Flowers

Jennifer , Dan, Samantha and Jackson purchased flowers and planted a memorial tree for the family of Anthony Bertone. Send Flowers 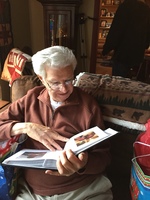 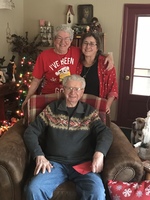 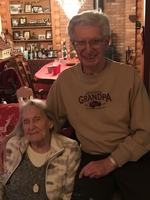 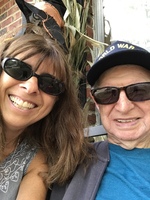