To share your memory on the wall of Sandra Hayes, sign in using one of the following options:

Provide comfort for the family of Sandra Hayes with a meaningful gesture of sympathy.

She was born in Bennington, VT May 11, 1939. She was the daughter o... Read More
Sandra Jean Hayes, 80, a resident of Maple Grove Road in Pownal, VT died Wednesday October 30, 2019 at the Southwestern Vermont Medical Center following a long illness.

She was born in Bennington, VT May 11, 1939. She was the daughter of the late Harold P. and Mildred G. (Edleston) Hicks.

Sandra received her education in Bennington and was a graduate of Bennington High School.

Sandra enjoyed crocheting and NASCAR. She was the longest surviving member of the East Pownal Fire Department Auxiliary where she was a member for 49 years.

At Sandra’s request there will be no calling hours or funeral services.

Burial will take place in the family lot at Park Lawn Cemetery at the convenience of the family.

Should friends desire memorial contributions in Sandra Hayes memory may be made to either the Bennington Early Childhood Center or the Activities Fund at the Vermont Veterans Home through the office of the Mahar & Son Funeral Home, 628 Main Street, Bennington, VT 05201.

Guest book condolences may be made @www.maharandsonfuneralhome.net
Read Less

We encourage you to share your most beloved memories of Sandra here, so that the family and other loved ones can always see it. You can upload cherished photographs, or share your favorite stories, and can even comment on those shared by others.

Posted Nov 07, 2019 at 07:11am
Bill, Holly, Debbie and family, I am so sorry for your loss. Sandy was always so gracious and friendly and came to see Holly and I when we clogged with Rhoda.
Sincerely, Linda Lewis
Comment Share
Share via:
TL

Posted Nov 06, 2019 at 10:37am
Bill and Family
So sorry for your loss. Sandra was a very sweet person and will be missed, Thinking of your family at this sad time.
Paul and Tammy LaFlamme
Comment Share
Share via:
DE

Posted Nov 04, 2019 at 02:00pm
Sandy was one of the sweetest people I have ever met. She definitely left her heart print on many. I'm blessed that I got to call her my friend. RIP sweet lady. Love Neta
Comment Share
Share via:
MW

So sorry for your loss.Sandy was such a nice lady.May she RIP 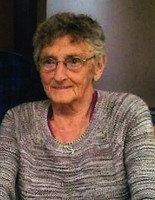 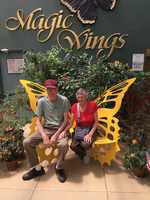 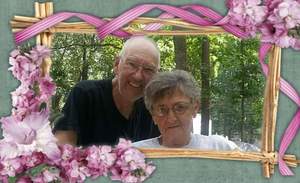