To share your memory on the wall of Richard Cameron, sign in using one of the following options:

Provide comfort for the family of Richard Cameron with a meaningful gesture of sympathy.

Born in Bennington January 30, 1947, he was the son of the late Guy and Jean (Hard) Cameron. He received his education in the Bennington schools.

Following school Rick enlisted in the U. S. Air Force and retired with 23 years of service. Rick was a veteran of the Vietnam War.

He married the former Joanne Beninati on June 21, 1975 at the Immaculate Conception Church in Hoosick Falls, NY.

For over thirty years Rick had been employed at Park Lawn Cemetery from which he retired.

Rick was life member of VFW Post 1332 in Bennington. An avid outdoorsman, he especially enjoyed hunting and fishing.

Graveside services with military honors will be held at Evergreen Cemetery in Arlington on Friday at 2:30 p.m.

Should friends desire memorial contributions in Richard G. Cameron’s memory may be made to the Cancer Center Community Crusaders through the office of the Mahar & Son Funeral Home, 628 Main Street, Bennington, VT 05201.

The Fabiano Family sent flowers to the family of Richard G. Cameron.
Show you care by sending flowers

Posted Oct 29, 2019 at 03:17pm
Oh Rick, I’m so sorry to hear of your passing and may you Rest In Peace, no more pain or suffering. My fondest memory will be when we all went tubing down the river, you got out in the mud. You hopped up in the back of Johns fathers box truck and away we went. Next thing we know, your mooning the car behind us and your butt is filled with mud!!! I’m sure they thought it wasn’t mud! Lol those were the days! Fly high my friend
Comment Share
Share via:
BC

We will never forget that day 😊 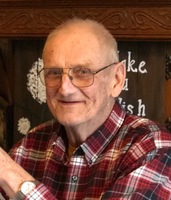 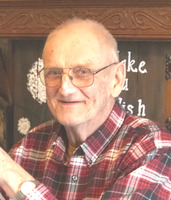 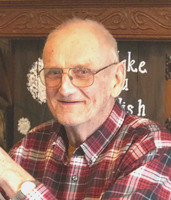