To share your memory on the wall of Dawn Parkhurst, sign in using one of the following options:

Provide comfort for the family of Dawn Parkhurst with a meaningful gesture of sympathy.

Born in North Adams, MA on July17, 1964 she was the daughter ... Read More
Dawn A. Parkhurst, 55, a resident of Beech Street, Bennington, died Saturday, October 26, 2019 at Bennington Health & Rehabilitation following a courageous battle with cancer.

Born in North Adams, MA on July17, 1964 she was the daughter of Edward Coulter Sr. and Roxanna (Jenkerson) Burdick. Dawn received her education in the Bennington schools and was a 1982 graduate of Mt. Anthony Union High School.

In earlier years Dawn was employed at Cascade School Supply in North Adams and later worked at the Vermont Veterans Home until the time of her illness.

As a young girl Dawn was a member of the Rainbow Girls. A very active “outdoorsy” person, Dawn loved fishing, hiking, camping. A hard worker, she was an avid reader who also enjoyed crocheting. She was very family oriented and loved the precious times spent with her grandchildren.

Survivors include her husband, Pat Parkhurst of Bennington; three sons, Scott A. Hurley Jr. and his wife Christy, Eli J. Hurley and his partner Sarah Helander and Ryan A. Hurley and his wife Tiffany, all of Bennington; her mother and step-father (who she lovingly called Dad) Roxanna and Frank Burdick of Pownal; her father, Edward S. Coulter Sr. of Lakeland, FL; two brothers, Edward S. (Amy) Coulter Jr. of Bennington and Frank E. Burdick of Pownal and several nieces, nephews and cousins.

The funeral will be held from the Mahar & Son Funeral Home Thursday, October 31, 2019 at 4:00 p.m. with Mr. Richard Setzer officiating.

Friends may call at the funeral Home Thursday from 2:00 p.m. until the time of the service.

Memorial contributions in Dawn Parkhurst’s memory may be made to the Bennington Cancer Crusaders through the office of the Mahar & Son Funeral Home, 628 Main Street, Bennington, Vt.

To send flowers in memory of Dawn A. Parkhurst (Coulter), please visit our Heartfelt Sympathies Store.

We encourage you to share your most beloved memories of Dawn here, so that the family and other loved ones can always see it. You can upload cherished photographs, or share your favorite stories, and can even comment on those shared by others.

Thomas Family! sent flowers to the family of Dawn A. Parkhurst (Coulter).
Show you care by sending flowers

Posted Nov 25, 2019 at 04:01pm
We had so many great memories of my best friend
I guess if I had to pick one it would be when we would hang with our other friend's that she introduced me to even though i grew up with most of them. We would all go up to the old country glen in Pownal. If you were a teen growing up in Pownal you know where i am talking about. We would smoke pot, drink, and talk about life, crush's, relationship troubles, and our parents (you know who you are). You were in my wedding everyday just hanging out i will forever miss you my loving friend I will never be able to fill that empty space inside my heart!!
Comment Share
Share via:
TF 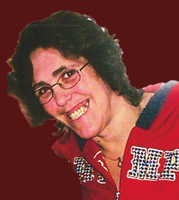 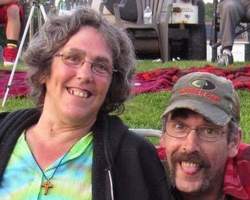