To share your memory on the wall of Christopher Whitman, sign in using one of the following options:

Provide comfort for the family of Christopher Whitman with a meaningful gesture of sympathy.

He was born in Bennington, Vermont December 13, 1994. He was the son of Tim... Read More
Christopher Joel Whitman, 24, a former resident of Averill Park, NY and more recently of New York City died unexpectedly on Monday October 21, 2019 in Manhattan.

He was born in Bennington, Vermont December 13, 1994. He was the son of Timothy J. Whitman and Lois (Hammersmith) Whitman-Clark. He received his education in Averill Park and was valedictorian of the class of 2013 at Averill Park High School. He received a double bachelors degree in neuroscience and economics from New York University and later received his master’s degree in Economics from Baruch College.

Chris was employed as a strategy and operations business analyst at Deloitte Consulting in Manhattan. Before that he worked as a personal trainer at David Barton Gym in Manhattan.

While in high school, Chris played football for Averill Park High School and rugby for the Rensselaer Dragons. He was a Nationally Certified Personal Trainer. He enjoyed strength training and power lifting. He started competitive power lifting in college. In August 2017 he competed in the Revolution Nation Powerlifting Competition in Buffalo and placed 1st in the 220 raw class junior and 220 raw class open.

The burial will follow in the family lot at the Brookside Cemetery in Poestenkill, NY.

To send personal reflections and guest book condolences please visit the Mahar and Son Funeral Home website at www.maharandsonfuneralhome.net. "In lieu of flowers the family asks that you make a donation to Kitty Kind, in memory of Chris and his love of animals.
Read Less

We encourage you to share your most beloved memories of Christopher here, so that the family and other loved ones can always see it. You can upload cherished photographs, or share your favorite stories, and can even comment on those shared by others.

Brenda Relyea & Paul Vosburgh and Cody Martucci and Family have sent flowers to the family of Christopher Joel Whitman.
Show you care by sending flowers

Posted Oct 26, 2019 at 10:53pm
I knew Chris for four years, and for as long as I knew him, he was always there to listen. He was my confidant. He always helped me with my statistics homework when I'd just about lost it with Professor Bauer. He made going to school full time as well as holding down a full time job seem easy; he was always so diligent in that way, focused on his goals and dreams. He inspired me daily to strive for more out of life. He also taught me a thing or two about the importance of blackout curtains when attempting to sleep away the entire summer. We talked constantly; he was always making me laugh, sending silly memes or awful cat jokes. I was a dog person until he got me to admit "FINE CATS ARE CUTE". I remember when I visited him in New York and ordered a throw pillow with a cat on it in the mail and it arrived. He was SO EXCITED to put it on the couch and "WAIT FOR HIS ROOMMATES TO NOTICE". It made me giggle so much seeing how happy it made him. He maintained this serious exterior, but on the inside he was such a lovable goof. Our relationship was always special because at times it felt like we were the only two people in the world that were still awake, after forming such an awful bad habit of staying up ALL NIGHT LONG talking about the most random nonsense, that and our gym addictions. We came up with the brilliant plan to abscond to Budapest. We almost actually bought the plane tickets, but I chickened out. I may not have been good enough for him in the long run, but Chris came into my life in a time where I had forgotten what love was, he so delicately taught me how to feel loved again. Not a day went by when he made sure that I didn't go to bed without a smile on my face. He inspired me to want to become a better person than I had been. I saw the news on Facebook only a few hours ago, and it really does not feel real to me. My heart feels broken and numb. I would've jumped on a plane if I'd known. We had just started talking again a few weeks ago; I was so excited to mend our relationship. This just does not feel real.
Comment Share
Share via:
HS

Posted Oct 25, 2019 at 03:21pm
On behalf of Chris' start class at Deloitte, we wanted to send a token of our love for our colleague and dear friend. He will be greatly missed.

Flowers were purchased for the family of Christopher Whitman. Send Flowers

Serenity Wreath was purchased for the family of Christopher Whitman. Send Flowers

Posted Oct 25, 2019 at 09:02am
Wishing you peace to bring comfort, courage to face the days ahead and loving memories to forever hold in your hearts.

Posted Oct 24, 2019 at 03:45pm
In loving memory of Chris. He was a cherished friend and colleague. With our deepest condolences from the Deloitte Team at Pfizer.

Flowers were purchased for the family of Christopher Whitman. Send Flowers 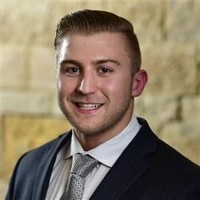 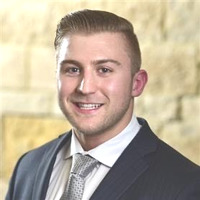