To share your memory on the wall of Amelia Gallant, sign in using one of the following options:

Provide comfort for the family of Amelia Gallant with a meaningful gesture of sympathy.

She was born in Bennington, VT on August 24, 1921, and was the daughter of the late Albert J. and Lila (Betit) Caron. She received her educati... Read More
Amelia C. Gallant, age 98, died on Monday evening, September 23, 2019 following brief illness.

She was born in Bennington, VT on August 24, 1921, and was the daughter of the late Albert J. and Lila (Betit) Caron. She received her education in local schools. Amelia married Gerald Gallant on August 20, 1949, he predeceased her on February 15, 1977. They bought a dairy farm in Bennington in 1952 and ran it for several years. In later years, Amelia had been employed at Eveready Battery in Bennington as a Battery Inspector. She enjoyed reading, crocheting, sewing, shopping, and watching TV. At a moments notice, Amelia was ready to travel. She has been to Alaska, Hawaii and traveling in the West. She loved going to the Washington County Fair every year and spending time in Sunset Beach, NC every spring. Known as “GG’ by her great grandchildren, Amelia was a beautiful, gentle, person who was a devoted mother, grandmother and great grandmother. Amelia is survived by her four children Celeste (George) Wells of Waterbury, VT, Sharon (Paul) Murphy of White Creek, NY, Steven (Darlene) Gallant of Bennington, VT, and Mark (Greer) Gallant of Berlin, NY. She leaves nine grandchildren: Jarred (Shelley) Wells, Courtney (Geoff) Silva, Carey Murphy, Shawn (Julie) Murphy, Heath (Stevie Rose) Murphy, Jason (Sophia) Gallant, Stephanie (Jimmy) Kimball, Mackenzie Gallant, Brodie Gallant, as well as thirteen great grandchildren. She is also survived by one sister, Katie Watts of Greenwich, NY, and brothers-in-law: Richard Gallant of Shaftsbury, VT and John (Jenny) of Pownal and two sisters-in-law, Shirley Roewe and Ruth Gallant, both of Oklahoma. Amelia is also predeceased by her sisters; Vivian Knapp and Marion Goodhue and her two brothers. Albert Caron, Jr. and Edward Caron.

Funeral services will be held on Friday, September 27, 2019 at 1PM at the Mahar and Son Funeral Home, 628 Main St. Bennington. Burial will follow in St John’s Cemetery in North Bennington. Friends may call at the funeral home on Friday morning from 11AM until the time of the services.

Memorial contributions may be made to the Washington County (NY) Junior Beef Club, or the Cambridge Rescue Squad, through the Mahar and Son Funeral Home.

Guestbook condolences can be left at www.maharandsonfuneralhome.net
Read Less

We encourage you to share your most beloved memories of Amelia here, so that the family and other loved ones can always see it. You can upload cherished photographs, or share your favorite stories, and can even comment on those shared by others.

Posted Sep 25, 2019 at 05:30pm
To all the family, I extend my heartfelt sympathies. I visited with her last summer when she was in CLR. She was still very much aware of things and we had pleasant conversations. I can still remember as a little girl going to the family farm with my dad and brothers and sisters to visit. Your mom was always busy and would have delicious things baking! She helped around the farm and I remember being very impressed by that. She lived a long life and I will pray for her peace and yours. 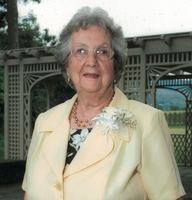