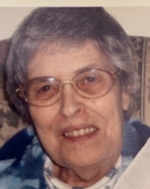 Dianne C. Forrest, 77, a resident of Rutter Road in Bennington died Wednesday August 21, 2019 at her home surrounded by her family following a long illness.

She was born in Granville, NY July 18, 1942. She was the daughter of the late Welland and Lucille (Lewis) Cameron. Diane graduated from Bennington High School in 1961.

Her favorite pastime was reading, watching golf, keeping up with politics, watching jeopardy and spending time with her family. Diane was also a life member of the VFW Post 1332 in Bennington.

She was married to Edmond A. Bushee Sr. for a period of time. In later years she married Leonard E. Forrest on October 29, 1988 in Bennington. Mr. Forrest passed away February 10, 2016.

Survivors include two sons, Michael (Marlene) Bushee and Edmond (Ada) Bushee both of Bennington. Two step sons, Fred (Helen) Forrest of Colorado and Michael (Barbara) Forrest of Bennington. One step daughter, Sebrena Forrest of Colorado, five grandchildren and four great grandchildren along with several nieces, nephews and cousins. Besides her parents, she was pre-deceased by a daughter Dawn Bushee in 1978, a brother Richard Cameron and a sister in law Sue Cameron. A sister Elaine Bronk and a brother in law Don Bronk.

At Diane’s request there will be a graveside service at White Chapel Cemetery on Saturday, September 7, 2019 at 2:30pm.

If friends desire contributions in memory of Dianne C. Forrest may be made to the Crescent Manor Activity Fund or to VNA and Hospice through the office of the Mahar and Son Funeral Home 628 Main St. Bennington, VT 05201

A special thank you to the offices of Dr. Wingate, Dr. Rogge, Dr. Algus, SVMC, Crescent Manor and VNA for all the care our mom received. The Bushee’s