To share your memory on the wall of J. Donald McNamara, sign in using one of the following options:

Provide comfort for the family of J. Donald McNamara with a meaningful gesture of sympathy.

Donald was born in Bridgeport, Connecticut, Feb. 28th, 1924, son of John T. and Agnes (Keating) McNamara. He graduated from Dartmouth College in 1943, interrupting his studies to serve as a lieutenant in the U.S. Navy Seventh fleet in the Pacific theater of operations. After the war, he earned both a master’s degree in Government and a law degree from Harvard University. After being admitted to the New York Bar in 1951, he began his legal career with Hull, Cunningham and Haywood, but took a two year leave to serve as Assistant U.S. Attorney of the Southern District of New York. Subsequently, he joined Wickes, Riddell, Bloomer, Jacobi & McGuire, and later became a partner at Nottingham & McEniry. In 1960, he joined the Interpublic Group of Companies as Secretary and General Counsel and served as President from 1980 until his retirement in 1985.

Donald was an honorable, intelligent, generous and witty man of notable style. He was passionate about foxhunting, skiing, tennis, and golf. He was a member and hunted with Fairfield County Hounds in Connecticut. He participated in downhill ski racing until his late 70’s. He served two terms as President of the West Side Tennis Club in Forest Hills and was Chairman of the National Tennis Championships in 1965. A member of the Ekwanok Country Club in Manchester, VT, he served on its Board of Governors and on the Board of Governors and President of the Dorset Field Club in Dorset, VT.

With an ear and eye for beauty, Donald had a life-long love of classical music and served on the Board of Directors of the Metropolitan Opera Club becoming club President from 2004-2006. He had a great appreciation of antiques, in particular American and English furniture, fine art, and the decorative arts, especially ceramics and silver. He was a member of the American Ceramic Circle and The Silver Society, London.

The burial will take place in the family lot at Oak Lawn Cemetery in Fairfield, CT on Wednesday May 1, at 1:00 p.m.

Arrangements are under the direction of the Mahar and Son Funeral Home in Manchester, VT
Read Less

We encourage you to share your most beloved memories of J. Donald here, so that the family and other loved ones can always see it. You can upload cherished photographs, or share your favorite stories, and can even comment on those shared by others. 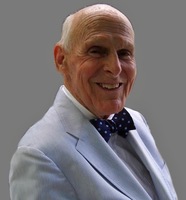 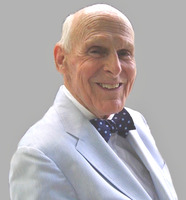