To share your memory on the wall of Mary Geannelis, sign in using one of the following options:

Provide comfort for the family of Mary Geannelis with a meaningful gesture of sympathy.

Print
Mary Nikitas Geannelis (April 4, 1934 - April 14, 2019) passed away peacefully at her home on West Road, Bennington, Vermont with her loving family surrounding her.
Mary was born in Fitchburg, Massachusetts and lived with her mother, Diamanto ... Read More
Mary Nikitas Geannelis (April 4, 1934 - April 14, 2019) passed away peacefully at her home on West Road, Bennington, Vermont with her loving family surrounding her.
Mary was born in Fitchburg, Massachusetts and lived with her mother, Diamanto Rigopoulos Nikitas and her father, Nikitas K. Nikitas along with her five brothers: Charlie (Angela), Regas (Aphy), Jimmy (Aphro), John (Helen) and Billy (Lydia). While living in Fitchburg the family was dedicated to the Greek community where they were members of the Holy Trinity Greek Orthodox Church.  In 1951, Mary’s family moved to East Greenbush, NY where Mary was crowned homecoming queen at Columbia High School, graduating in 1952. Shortly after, she met Richard “Dick” Geannelis. They married on May 13, 1956 and purchased their West Road home where they raised their family.
Mary’s beauty and graciousness blessed anyone who was fortunate enough to be in her presence. Her smile, kind words and concern for everyone and her community were charming and sincere. Most notably, Mary and Dick owned and operated Geannelis’ Restaurant on Main St. in Bennington from 1970-1985, until retirement began their next phase of life. Dick died unexpectedly in 1995 and in 1997 Mary resurrected the restaurant in honor of her late husband. The restaurant remained opened until 1999, when Mary finally closed its doors for good.
Mary dedicated her hard work and life to the Bennington community. She had a heartfelt commitment to all and she did her job unequivocally, never disappointing. Behind her beauty and humble nature, Mary’s accomplishments were many: Bennington Co-op Savings and Loan, Southwestern Vermont Medical Center, Bennington Museum, Better Bennington Corporation, Bennington Area Aids Project, Bennington Garden Club of America, Kelly-Cooper Fund, United Way Volunteers, Gray Ladies, Supervisor of Glastenbury, VT, United Counseling Service, Bennington Chamber of Commerce, Bennington Development Association, Old Castle Theatre, Park McCullough House, Altrusa Club, Brownie and Girl Scout Leadership, PTA, MAUHS Music Department, L’Ensemble Music Committee, Park McCullough House, Relay for Life and Capital Campaign for Bennington Project Independence.
Her awards included the D. Ed Moore Award given by the Chamber of Commerce and the Rotary International/Bennington Clubs, the Paul Harris Fellowship Award, and the Walloomsac Society Award by the Bennington Museum. In 1993, Mary was voted Woman of the Year by the Business and Professional Women’s Organization of Bennington. In 1996, it was Mary’s honor to carry the U.S. Olympic Torch during the Summer Olympics for Bennington.
Mary loved entertaining in her home. She welcomed everyone with open arms and a warm, genuine smile. From politicians, to her many local friends, Mary’s doors were always open. She gave of herself, unselfishly donating her time, fundraising for committees she truly believed were for the betterment of the community. She made change happen. Mary was so proud of Bennington, as she was always looking to the towns’ bright future which she believed lay ahead, knowing that future would come to a community that worked together. The opening of BPI’s Adult Day Care on Harwood Hill was a special day for Mary, as her last fundraising effort came to fruition. Mary, as always, was grateful to see the benefits and be part of such community building events. This was Mary, always giving of herself.
Mary had the pleasure of accompanying her daughter Pam and her family on a trip to Greece. It was then Mary was blessed to see her family’s homeland: her father’s village, Lagadia, in the mountains of the Peloponnese; and her mother’s village, Gargallani, on the Ionian Coast.
Mary was appreciative of the kindness and support of her neighbors that kept a watchful eye on her. She leaves many friends who were devoted to her well being and happiness, visiting her every day, bringing smiles, food, conversation and support.
Mary was a member of St. George Greek Orthodox Church, Pittsfield, MA, with Father John Maheras and Father Peter Costarakis; St. Basils Greek Orthodox Church in Troy, NY ; locally she participated at St. Peter’s Episcopal Church in Bennington, VT where for many years Father Peter lead the local Greek community in worship; and recently she joined her friends at the Old First Church in Old Bennington, VT for services with the Reverend Kenneth Clarke.
Mary leaves behind many people who loved her. She is survived by her beloved children: Pamela Geannelis White and her husband Brad; Peter and his wife Monique; Nikki (husband deceased); and her grandchildren: Nicholas, Margo, Peter, Christopher, Michael, Alex, Evan, Hanley; her great grandson Bennett; and Nina.
The family would like to thank At Home Senior Care for their wonderful care of Mary round the clock for the last year and a half while Mary was able to enjoy the comforts of her home.
A Greek Orthodox Funeral Service will be held at St. Peter’s Episcopal Church in Bennington on Saturday April 20, 2019 at 11:00am. Burial will take place following the service in the family lot at Park Lawn Cemetery.
Friends are invited to call at the Mahar and Son Funeral Home in Bennington on Friday evening, April 19, from 4:00pm – 7:00pm.
Contributions in memory of Mary Nikitas Geannelis may be made to At Home Senior Care through the office of Mahar and Son Funeral Home, 628 Main Street, Bennington, VT 05201.
Guestbook condolences may be made at www.maharandsonfuneralhome.net
Read Less

We encourage you to share your most beloved memories of Mary here, so that the family and other loved ones can always see it. You can upload cherished photographs, or share your favorite stories, and can even comment on those shared by others.

The Jarvis Family, Linda Wichlac, and others have sent flowers to the family of Mary N Geannelis (Nikitas).
Show you care by sending flowers

Posted Apr 24, 2019 at 06:50pm
Our deepest and most heartfelt sympathy to the entire Nikitas and Geannelis families for such a great loss! Mary was an amazing woman with whom I got to know very well in the last six years. I had the wonderful pleasure of her company on a weekly basis while styling her hair the way she loved best. Mary was a precious woman with so much love to give. Her sincerity and her beautiful smile just radiated her kindness from within. My husband, Jaime looked forward to his visits with her whenever he would need to go to repair an appliance that needed some work. She and her family are especially dear and we send our love, prayers and deepest condolences. We will sadly miss Mary.
Comment Share
Share via:
TF

The Jarvis Family purchased flowers for the family of Mary Geannelis. Send Flowers

Posted Apr 19, 2019 at 05:21am
So very sorry to hear of Marys passing. My heartfelt condolences to the family. Praying for family. ..
Comment Share
Share via:
MP

Posted Apr 18, 2019 at 12:05pm
To the Family of Mary: Our most heartfelt sympathies for the loss of Mary, she was truly a lovely person inside and out. She will be missed, and remembered fondly.
Tom & Marty Paquin
Comment Share
Share via:
LW

Posted Apr 18, 2019 at 11:10am
Mary was a very special angel to all of us at Bennington Project Independence. Our heartfelt sympathy for your loss. From the Staff & Board of BPI. 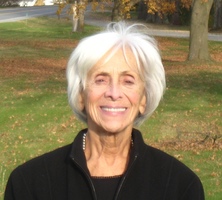 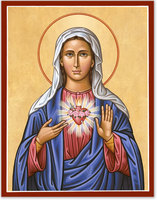